The Secche della Meloria marine area is part of the vast 87,500 sq. km marine area that spans the Ligurian Sea, the Tyrrhenian Sea and the Sea of Corsica, created by an agreement between Italy, the Principality of Monaco and France for the protection of marine mammals. 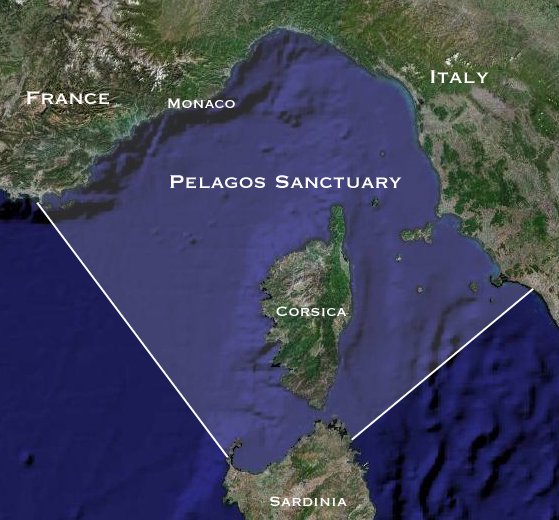 This large stretch of sea – which, as part of the established “sanctuary”, takes the form of a large triangle between the Giens peninsula in southern France, the Fosso del Chiarone in southern Tuscany and the northern coast of Sardinia – is arguably the area of the Mediterranean that is most frequented by marine mammals, and also one of their main breeding grounds.
The Sanctuary encompasses 2,022 km of coastline from the Côte d’Azur to the Ligurian and Tuscan coasts and the Straits of Bonifacio, and includes the islands of Hyeres, the Tuscan Archipelago and the entire island of Corsica.
Marine mammals comprise various species of dolphins and whales – including the largest ones, such as the sperm whale and the orca, and the rarest ones, such as Cuvier’s beaked whale, the long-finned pilot whale and Risso’s dolphin – as well as the now extremely rare monk seal.
The Secche della Meloria does not have such a large population of marine mammals due to the area’s configuration of shallow rocky seabeds, whereas cetaceans need large pelagic environments, with great depths in the open sea. Nonetheless, it is not uncommon to occasionally spot some mammals in the vicinity of the shoal, including smaller ones such as spotted dolphins and the common dolphin, stable groups of which have been found in the waters off Meloria.

See the official website of the Pelagos Sanctuary: https://www.sanctuaire-pelagos.org/it/