The Secche della Meloria Marine Protected Area is a public good that must be protected and preserved for future generations; the Park Authority, which is the managing body of the MPA, implements a whole range of public initiatives that always seek to involve local communities in the sustainable and participatory conservation and transparent management of the Secche marine area.

Tourist activities are generally allowed within the MPA and are regulated by the General Regulations of the Marine Protected Area, approved by the Decree of the Ministry of the Environment of 18/04/2014, as described in detail on the “Rules and Procedures for Use” page of the website.

The Regulation is in force within the entire marine area and establishes permitted and prohibited activities, and for permitted activities it specifies how the user must behave in relation to the different zones of protection (A, B and C). The main tourism and recreational activities permitted are:

Permitted tourism activities also include: guided tours by boat and scuba diving, rental and leasing of recreational boats and also the possibility of fishing tourism.

These activities are not carried out directly by the managing body of the MPA, but are offered by private entities, operators in the sector, qualified for such activities and authorised by the MPA. These operators are mainly located on the Livorno coast.

There are also operators that can offer guided tours by boat, among the most active of which are Toscana Mini Crociere and Livorno in Battello, the latter of which mainly offers coastal and canal tours within the city of Livorno.

Moreover, there are organisations in the area that can organise visits or excursions with environmental education and teaching activities related to marine biology, also aimed at schools and young people, such as the Cooperativa Aplysia or the ASD-SopraSotto.

Among the permitted tourist activities, fishing tourism is also very enjoyable. It is not yet widespread, but is now offered by certain units of the professional fishing operators authorised within the MPA. Participants are hosted on board the fishing boats for a day or half-day, the fishing operations that will be carried out are explained and described, and finally they are directly involved in the fishing, with the chance to take home what they have caught, or even to eat their catch on the spot, cooked on board in the traditional ways of fishermen.

There are no above-water parts of the Secche della Meloria marine area, and the MPA is entirely comprised of underwater environments. The only very limited above-water parts are the artificial reefs placed as protection around the old tower and the main lighthouse in the shoal, meaning that the tower and the lighthouse are the only landmarks identifying the shoal in the open sea. For this reason, the most comprehensive and fascinating way to visit is definitely by going scuba diving. This can also be quite interesting and enjoyable with simple snorkeling excursions, a free activity that is included under bathing, since a large part of the shoal consists of shallow waters with a depth of 1.5 to 3 metres.

The main town closest to the marine area is the city of Livorno. Livorno is a large port city, easily reachable by all means of transport: by train via the Genoa-Rome Tyrrhenian line (the railway station is located in the eastern part of the city), by car via the A12 Ligurian-Tyrrhenian motorway or even by plane given its proximity to Pisa International Airport. The other main city in the area is Pisa (www.turismo.pisa.it www.visittuscany.com/pisa).

The Secche can only be reached by boat: with guided tours and passenger boats departing mainly from the port of Livorno, or by chartered pleasure boats in the marinas on the coast facing the shoals, with departures for example from the port of Marina di Pisa Boccadarno, from the harbours of Livorno, Ardenza, Antignano and Castiglioncello, and even from Viareggio and Rosignano.

If you travel to the Secche della Meloria marine protected area independently, with your own boat, please CHECK when and for which activities you need to obtain AUTHORISATION! By consulting the following pages on this website: “Rules and Procedures for Use” and “Authorisations and Forms”. inserire link en

The Secche are also sometimes visible from land, with the historic tower and the main lighthouse, located at the top of the shallow depths, emerging from the sea and silhouetted against the horizon. The best observation point from the shore is undoubtedly the Terrazza Mascagni in Livorno: a historical and symbolic place on the city’s waterfront, which also houses the interesting Livorno Aquarium.

At the points from land where the Secche are visible, if you have a telescope or binoculars, you can sometimes spot the seabirds that inhabit this stretch of sea, especially during their seasonal movements and overwintering, such as: the European shag, great cormorants, Scopoli’s shearwater, the rare Audouin’s gull or the even rarer sulids.

Let’s always remember that: our health also depends on the health of our surroundings, so let’s protect and maintain our natural environments! 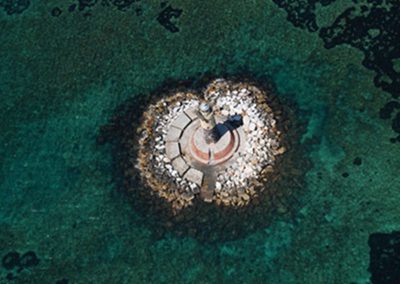 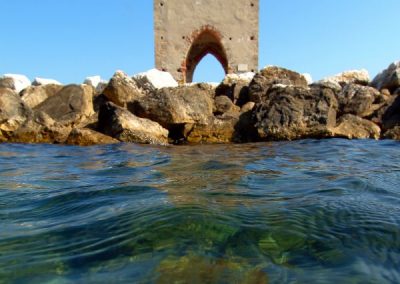 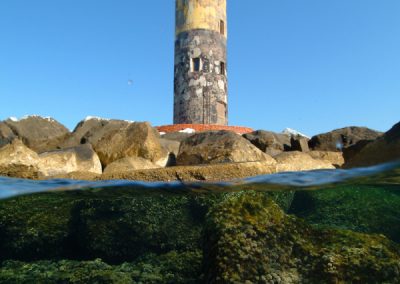 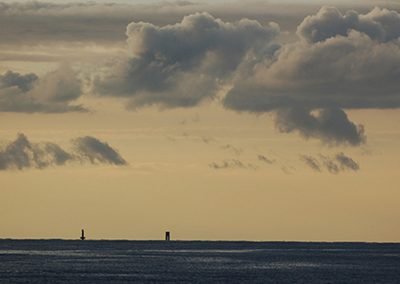 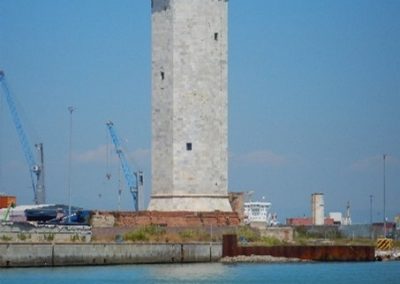 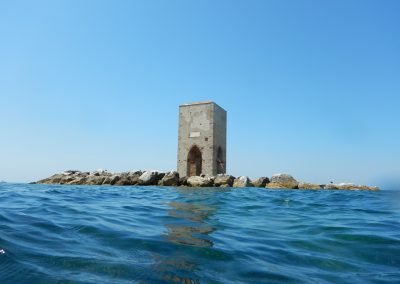 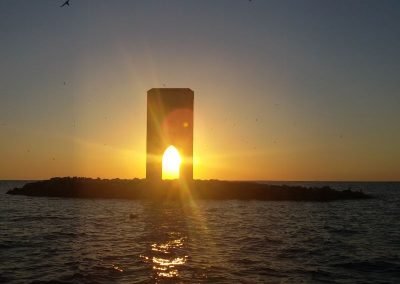